Seaside smalltown Pavilosta sits on the shore of the Baltic Sea closer to the Swedish island of Gotland than the Latvian capital of Riga. Pavilosta’s place in the heart of the historical Courland region, equidistant from the charming capital city of Courland – Kuldiga, the vibrant seaside city of Liepaja and only 100 km from the Lithuanian seaside resort of Palanga, makes it a great base from where to explore the appeal of the lands of the historical dutchy whose territories once reached in the Caribbean and the West of Africa.

Architecture of Pavilosta – The quaint historic centre of Pavilosta represents an unspoilt and idyllic picture of late 19th century Baltic seaside fishermen village feel. All streets form a regular grid of which one end meets the sea. Fishermen huts hidden behind bushes of jasmine and lilac are particularly picturesque on Vitolu, Klusa and Vilnu streets. Yet, the white greenhouse like villa on Smilsu street has reaped the award of best new private building in Latvia in 2019. Take your time to watch over the green yards of Pavilosta not only from the terrace of OTTO Hotel & Sun but also from the watchtower on the left bank of mouth of Saka. 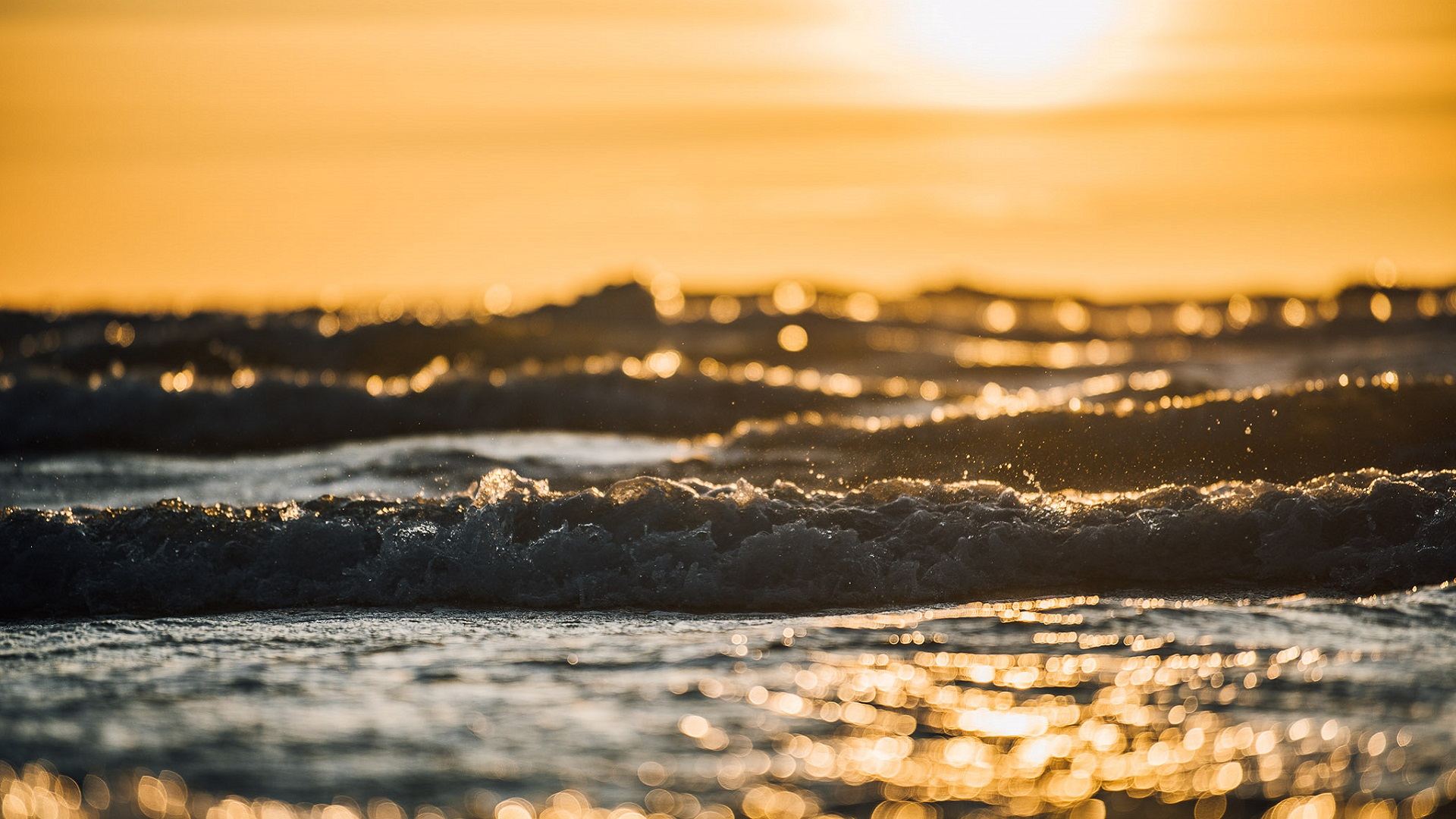 Amber hunting is a serious pastime in Pavilosta, particularly in autumn and spring. Following storms with prevalent West, South-West winds, a large number of small pieces of petrified resin is washed out mainly at the Northern part of Pavilosta beach. Come early in the morning and look for amber in the seaweed. If lucky, you may find a specimen with an insect inside or the very special ivory colour amber.

Seaside hiking to Akmenrags or Jurkalne – Pavilosta is located on the European long-distance trail E9 which starts down South in Portugal. Two portions of the trail touch Pavilosta: Ziemupe – Pavilosta coming from the South (22 km) and Pavilosta – Jurkalne leading North (21 km). The South portion passes by the Akmenrags lighthouse dating back to 1921. Its 55 m high top commands splendid views over the Westernmost lands of the Baltics and the stormy seas. Ziemupe boasts an ascetic and atmospheric Lutheran church from mid-18th century without a bell tower. Count a full day for a return hike, and heed that it involves some small river crossings. Join the route to Akmenrags by crossing the Saka river bridge in Pavilosta. The North portion crosses the protected grey dunes of Pavilosta, so mind your step on wild carnations or thyme which grows here in abundance. Then it follows some of the highest coastal bluffs on the East coast of the Baltic sea in Labrags and Jurkalne, reaching up to 20 m in height. The grass covered high coast facing West makes this portion one of best sunset gazing spots. Return to Pavilosta is easy from Jurkalne by public transport (last bus leaving at 7.30 PM). 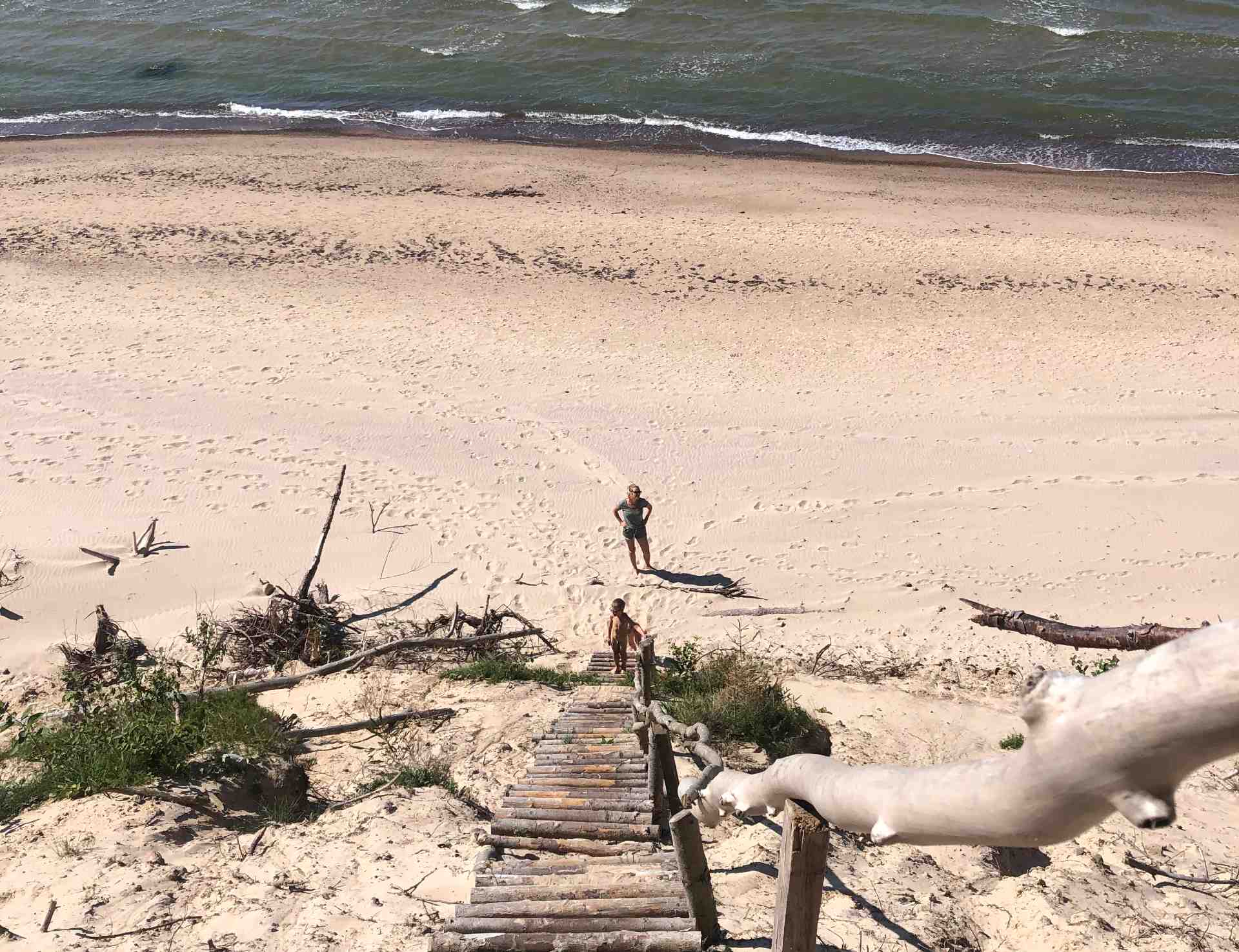 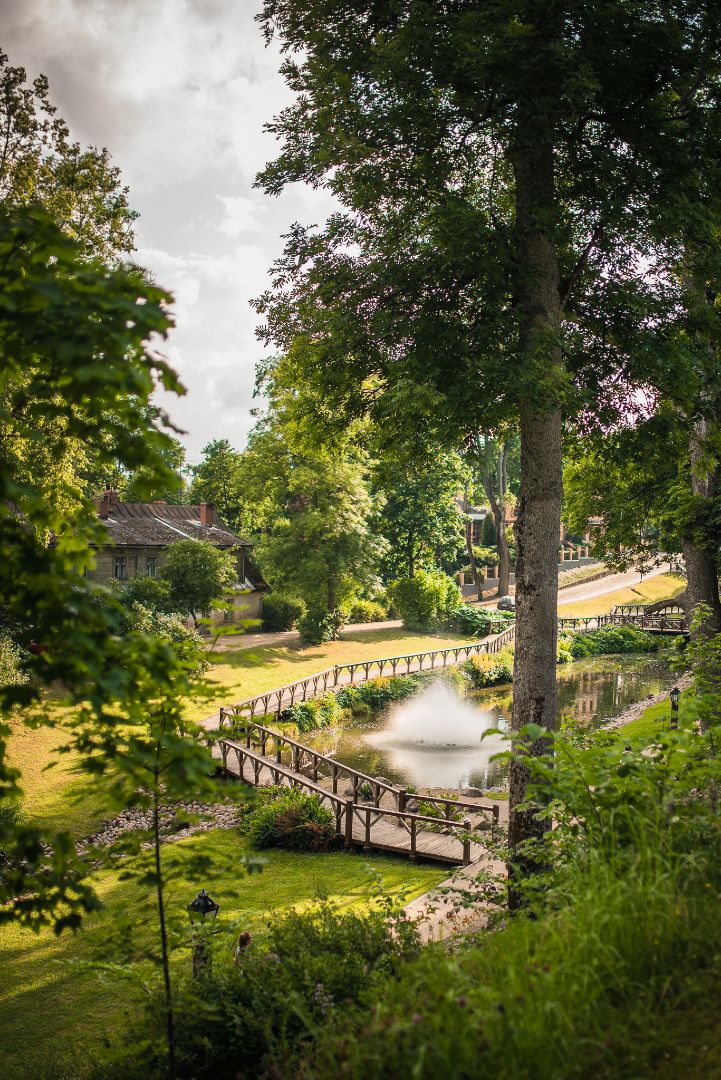 Kuldiga – Once the capital of Duchy of Courland, the Old Hanseatic town Kuldiga, 60 km from Pavilosta, is a true marvel for a visit, and hopes are that its conservation efforts shall be rewarded by Kuldiga’s inclusion to the UNESCO World Heritage list. Kuldiga’s historic centre dating back to 17th century is the only such intact town centre in the Baltics. At that time the might of Duchy of Courland reached till the Gambia in West Africa and Tobago in the Caribbean, and the Duke ruled his overseas ventures from Kuldiga. The feel of Kuldiga is made all the more peculiar by the small Aleksupite river which flows right between the houses in the Old Town. Its waterfall before joining Venta River is the highest in Latvia at 4 meters. Yet, the cascade on the bigger Venta river will not fail to impress: at 280 meters, the Venta waterfall is the widest in the continent, and a spectacular sight in every season. In a harsh winter it may entirely freeze, while its maximum power is reached in spring. Summertime Venta makes a great place to swim, and golden autumn colours lend photo opportunities. As if there was a shortage of sights, the longest brick bridge in Europe spans Venta right in the centre of Kuldiga.

Liepaja – Latvia’s third biggest city Liepaja is all things rebel and free. The windy capital of West Latvia owns many superlatives – its naval port (Karosta) once used to be the most important war port for Tsarist Russia, and the Saint Nikolay Cathedral of the Sea is still the biggest Orthodox shrine in the country. Liepaja was the first to get a street tramway in the Baltics, and its Art Nouveau building collection is second only to Riga’s on the East shore of the Baltic Sea. It is in Liepaja where one of the favourite attractions is Karosta prison visit, while for a more sophisticated evening experience a symphonic concert at the Great Amber concert hall shall be a treat. A mere 40-minute drive from Pavilosta, the big and windy city feel is at your fingertips in Liepaja. Liepaja’s International Airport is the closest to Pavilosta.

Livi Coast & Cape Kolka – The sharp tip of Latvia’s Western portion is the mythic Cape Kolka where the Riga Gulf waters meet the Irbe Strait and the Baltic Sea. Water goes in cross-current here making swimming very dangerous, but the sight of water on three sides and a lighthouse built far into the sea on an artificial island is truly inspiring. The strip of land between Kolka and Lielirbe has for centuries been the home of Livi people, whose language is more akin to Estonian and Finnish than Latvian. The small villages of Vaide, Mazirbe, Košrags are all protected monuments of architecture and a circular hike one way through the villages hidden in the sand dunes, the way back by the beach, is a true delight. The Estonian island of Saaremaa is visible across the water in clear weather. Inland the vast forests of Slitere National park spread, hiding some of most intact natural areas of Latvia. Mazirbe, the centre of Livi cultural area, is one-and-a-half-hour drive North of Pavilosta.